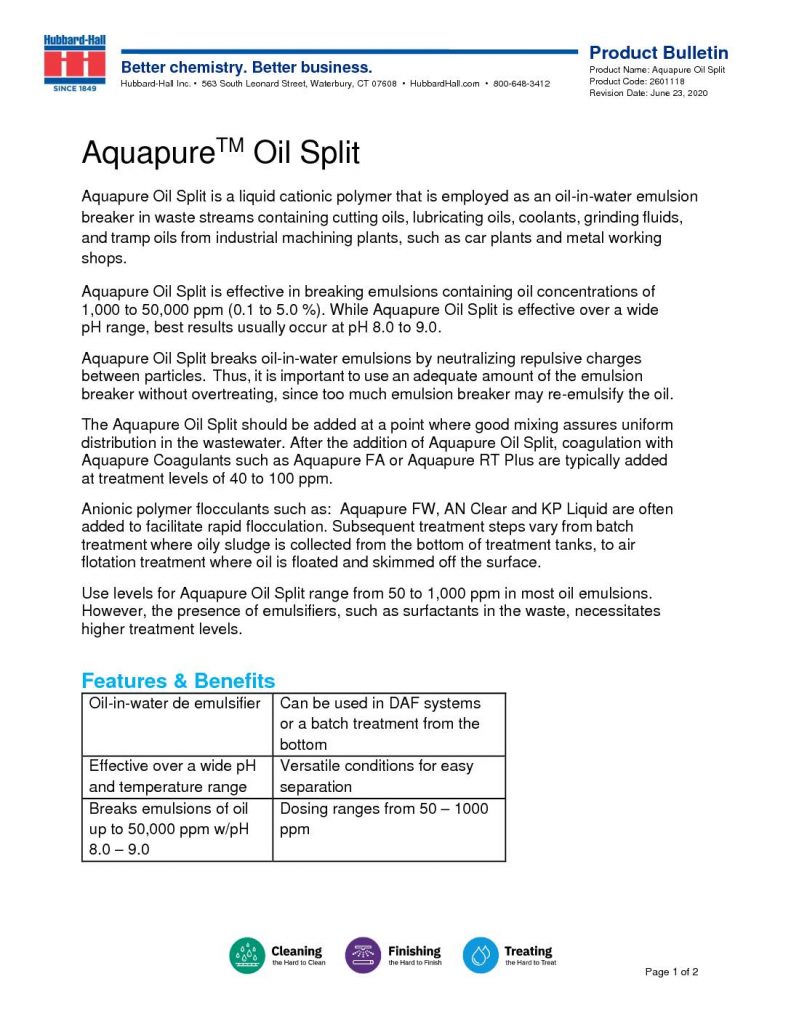 Aquapure Oil Split breaks oil-in-water emulsions by neutralizing repulsive charges between particles. Thus, it is important to use an adequate amount of the emulsion breaker without overtreating, since too much emulsion breaker may re-emulsify the oil.

The Aquapure Oil Split should be added at a point where good mixing assures uniform distribution in the wastewater. After the addition of Aquapure Oil Split, coagulation with Aquapure Coagulants such as Aquapure FA or Aquapure RT Plus are typically added at treatment levels of 40 to 100 ppm.

Anionic polymer flocculants such as: Aquapure FW, AN Clear and KP Liquid are often added to facilitate rapid flocculation. Subsequent treatment steps vary from batch treatment where oily sludge is collected from the bottom of treatment tanks, to air flotation treatment where oil is floated and skimmed off the surface.

Use levels for Aquapure Oil Split range from 50 to 1,000 ppm in most oil emulsions. However, the presence of emulsifiers, such as surfactants in the waste, necessitates higher treatment levels.