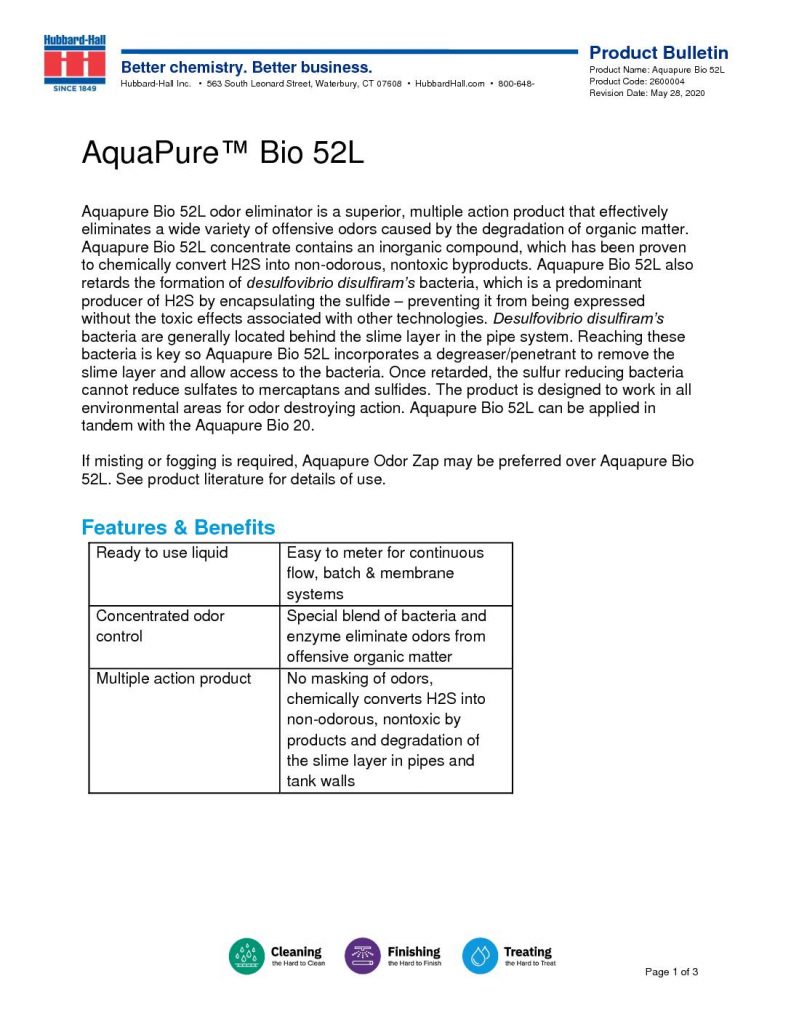 Aquapure Bio 52L odor eliminator is a superior, multiple action product that effectively eliminates a wide variety of offensive odors caused by the degradation of organic matter. Aquapure Bio 52L concentrate contains an inorganic compound, which has been proven to chemically convert H2S into non–odorous, nontoxic byproducts. Aquapure Bio 52L also retards the formation of desulfovibrio disulfiram’s bacteria, which is a predominant producer of H2S by encapsulating the sulfide – preventing it from being expressed without the toxic effects associated with other technologies. Desulfovibrio disulfiram’s bacteria are generally located behind the slime layer in the pipe system. Reaching these bacteria is key so Aquapure Bio 52L incorporates a degreaser/penetrant to remove the slime layer and allow access to the bacteria. Once retarded, the sulfur reducing bacteria cannot reduce sulfates to mercaptans and sulfides. The product is designed to work in all environmental areas for odor destroying action. Aquapure Bio 52L can be applied in tandem with the Aquapure Bio 20.